Even Rice Krispie Treats Can Turn On You

Hi! Not sure what happened to January - I guess I spent the whole month still learning to cook for two and doing my daily exercise videos (because, sorry, I don't jog fast enough to stay alive in 20-degree weather) and scrambling frantically to find a new plow guy for our neighborhood (signed the contract at 10 AM the morning of our first snow, if you want to know how close I cut that one).

Seriously, I don't know why anyone lets me be in charge of anything around here.

Oh, and I've been washing dishes, because guess what? The dishwasher (you know, the one that is less than 2 years old?) is broken. I'll give it credit - it kept going for 15 whole months after the previous repair, through a houseful of people and multiple holiday gatherings (including 2 Thanksgivings and Christmases). It waited until a celebration-free month with only 3 people in the household to conk out on me again, and for that I will be forever grateful. The bar is really low around here, I guess.

Luckily, we had bought the protection plan (because, yeah, we've been down this road before) (MANY TIMES) and the service people told me that it should be only a week or so to get the parts they think it needs, which sure as heck beats the 6-8 weeks it took in 2020, so I can't find it in my heart to complain about that, either. Maybe I'm just getting mellow in my old age. Or beaten down, really. It's like raising too many teens. The first one you're all "You're not leaving the house wearing that!" By the last one, you're just sending her internet memes making fun of her pants. 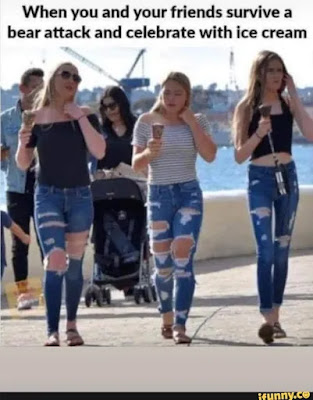 And I just got lost down memory lane by searching on "dishwasher" in this blog and looking for the right posts to link to in that last paragraph. Turns out, I have practically an entire book's worth of essays detailing the havoc wreaked on this household by malfunctioning appliances. Appliance stories - is there a market for that? Maybe it could be a subgenre of romance novels? Lord knows my heart has been broken multiple times by the shiny false promises of these unpredictable machines.

Or maybe I should just get a real job. Lord knows I'm trying, but no one wants me. Which situation is particularly demoralizing in a time of record low unemployment, etc. I mean, they must REALLY not want me. I even persevered and earned the Google IT Support Professional certificate, which I found doesn't so much qualify me to be a true IT person as it makes me someone who can almost understand what the IT guy is trying to tell me. But it does look nice and new and shiny on my resume, so there's that.

We had an unfortunate incident with Rice Krispie treats recently, wherein the marshmallows congealed too much and we ended up with an inedible mass shaped strangely like West Virginia. Susie insists that this was due to the fact that she had to use the regular-size marshmallows and not the mini ones. I informed her that in my day we only had the regular-size ones and we had to melt them while walking to school uphill in the snow and they still came out okay. Susie was unconvinced, but what does she know?

Oh, and a bunch of you had questions about our new camper van! It's made by Recon Campers, which is owned by a guy who is trying to replicate what is apparently quite common all over Europe - a small van that will fit in a city parking place or a garage but which can also be used to travel and sleep in. I guess Americans tend to go for the larger type of RV, but he is still finding quite a market among US urbanites who can't park a bigger vehicle or a trailer anywhere.

There are some videos on the website, and here is a video made by a Recon Envy owner that is pretty thorough. I do wish I could tell you how it is to camp in it, but it's been pretty darn cold ever since we got it in November, so we haven't had a chance to do that yet. Larry and I take day trips in it on the weekend, just to break it in, and sometimes I'll park it in the sun somewhere so I can watch on my nifty phone app as the solar panels feed into the house battery.

Hey, everybody needs a hobby.

I'm hoping to take it south in February to visit my brother and am unsuccessfully trying to convince one of my grown children to accompany me. I mean, why would they not want to telework from sunny Florida for a few days, right? I'm trying not to take it personally that so far no one has taken me up on that offer. Trying.