Of Nooks And Books (And Turkey)

I don't know how you folks spent your holiday weekend; but I spent mine attempting to teach my father how to use a Nook e-reader.  I swear, I have never seen anyone have so much trouble with a touchscreen device.  Steve Jobs was turning over in his grave, I am sure.

Oh, and yes, there was the turkey thing, complete with stuffing and mashed potatoes and cranberry sauce that mysteriously refused to gel for the first time ever.  And there was Anna being annoyed because she had to give her room to Grandpa for 4 nights.  It's not as if we had her sleeping on the couch, either.  She took Susie's bed (which has a better mattress than mine); and Susie stayed in our bed (because that is where she ends up every night anyway). 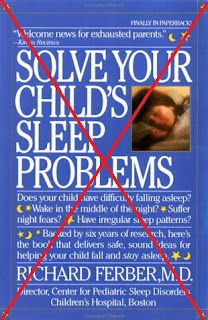 Yes, I do know Susie is 6.  Six and a half, actually - but we are lousy parents.  I can only assume she'll be in our room until she graduates high school.  And I don't even care anymore.

Maybe I'll write a book - How To NOT Solve Your Child's Sleep Problems.  Not catchy enough?  Then how about Sleep Schmeep - Forget About It Already!

All you imaginary book agents who didn't bother to contact me about my How To Talk So Kids Will Shut Up, I'm giving you another chance to email me.  We've got a winner here.

Watching this video has become a Thanksgiving tradition in these parts:


I'm not sure I'll survive, however.  It's only 9 AM and we've already experienced both a cranberry sauce emergency and a potato-peeling injury.  Who knew holidays could be so fraught with danger?
on November 24, 2011 5 comments:

Thanksgiving is upon us, and I am elbow-deep in dry bread cubes, cranberry loaves, and all the other major characters of this particular holiday.  This is our first Thanksgiving without Theo, and I'm just now realizing that I will have to cook the gravy and mash the potatoes myself.  If I had thought of that sooner, I would have paid for the darn plane ticket, you know?

Theo, in the meantime, will be a guest at one of his fellow cadets' homes for the holiday weekend.  This situation has precipitated a cascade of worries on my part. And, of course, numerous texts to my hapless son: 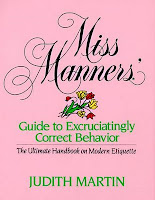 
On the drive down, pick up some flowers for his mom.


Offer to help in the kitchen!

How did my eldest reach the age of 20 not having ever been a house guest?  You'd think we would have covered this ground before.

3 boys, 3 girls - our household is like a laboratory for an investigation into the personality differences (or lack thereof) between male and female.  And up until today, I would have sworn (after 2 decades of careful study) that one HUGE difference is that boys, unlike the fairer sex, have a built-in aversion to trying on clothes.  Actually, just standing in a clothing store is often enough to give them hives.  Both Theo and David, for example, when dragged to the shoe store will stand there and say, "Okay, that looks good."

"But you haven't tried it on!" 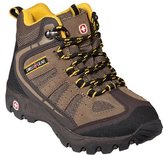 Today, however, I had to take Brian to Payless for some form of hiking boot.  So!  He cheerfully tried on 2 different hiking boots, 2 sizes each, and proclaimed all of them too "high."  Exasperated, I told him he would just have to wear his sneakers on this weekend's Boy Scout hike.  At which point I noticed said sneakers were falling apart. So then (again cheerfully) he tried on 3 different pairs of sneakers, 2 sizes each, and determined that the heels were all too "slippy."

As he struggled with the last pair of laces (about 45 minutes in), I began to lose it.  "What are you doing?  Can't you even tie your own shoes?  For heaven's sake, people are going to think you're homeschooled or something!"

Brian giggled and chanted, "I'm homeschooled, I'm homeschooled!" as he continued to fuss with his 2 bunny ears.  He has an awesome sense of humor, people.  Just awesome. But that doesn't change the fact that he trashed the results of my 20 years of painstaking research into gender differences.  My other boys don't giggle in shoe stores.
on November 17, 2011 10 comments:

I spent yesterday ignoring my kids while making my home presentable  for Bunko.  I spent today eating all the leftover candies from the dice tables while nursing a housecleaning hangover.  I've been feeding my children "Bunko food" for 2 days.  I cannot understand why I am allowed to be in charge of other human beings.  It makes no sense.

I'm finding, lately, that my jeans are way more comfortable unbuttoned.  I believe that is a bad sign.  But at least I'm not trying to wear Spanx.  Really, if you think you have ever been embarrassed in your life, watch this video.  You'll feel much better about yourself.

That is all.  Nothing else to see here but a middle-aged housewife finishing up the almond Hershey kisses.  Move right along...

Let's catch up, shall we?  Just pour yourself a cup of tea and have a seat...

I gave up on trying to make the beloved flowered slipcover whiter and put it back on the chair.  It's not as yellow as it was, anyway; so that's progress.  And today I picked up some OxiClean at the commissary, so maybe I'll try that out when I have some time.  After New Year's, say...

Theo turned 20 this past week.  Meaning, I've been a mother for 2 decades, a fact which strikes me as sort of awesome.  Of course, that also means I'm 20 years older than when I started this parenting gig, a fact which is not quite as awesome.

The Halloween candy obsession has continued apace.   I thought I had gotten rid of most of it when I sent it to the office with Larry, but I keep stumbling over little caches of it EVERYWHERE.  I just found some more peanut M&M's in my purse.  So I ate them, just to make them go away.

I'm hosting Bunko Monday evening, and the house is a mess. The next 2 days are going to be one long cleaning marathon.  I think I need more candy just to keep up my strength.

I have to finish a pair of socks and knit 4 more felted Lopi totes.  Which means that I felt it that last night was the perfect time to start a hat for Susie. Knitting can mess with the time-space continuum (or, at least, my perception of it) in a very big way. 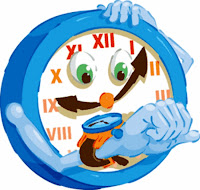 Well, we survived the change from daylight saving time to standard time, but it wasn't pretty.  Larry and I made a pact sealed in BLOOD (well, almost) that neither of us would change any of the gazillion time-keeping objects in our house until AFTER we woke up Sunday AM.  That way, we wouldn't get all confused and sleep in until 8:30 (as if!), thinking it was only 7:30, but it was really 8:30 because some efficient doofus moved the clock back before bed.

Not that that would ever happen or anything...

Anyway, we had this agreement.   I was up and out of bed on Sunday and the clock read 6:30 AM.  Meaning, it was really 5:30, new time.  Awesome!  Boy, going to sleep early on Saturday evening sure paid off - here I had all these extra hours before the kids even stirred. 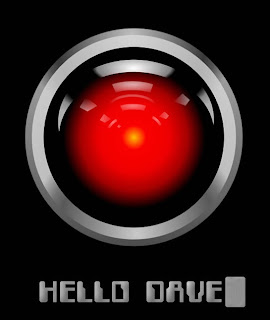 And then I noticed that the sun was up.  And I knew I had spent the previous week cowering in bed under my covers at 7 AM, because it was still dark outside.  "You changed the clock!" I yelled at my startled, still abed spouse.

We stared at our alarm clock radio like startled savages.  Who did it?  When?  And then we realized - I had bought it for Larry on Father's Day, unaware of its special powers until now.  It changed itself.

A Cry For Help

Long-time readers of this blog already know about my love affair with my beautiful flowered Ektorp.  But what they don't know is that, since I acquired this longed-for chair almost 4 years ago, no one has thrown up on it.

But because no one has thrown up on it, I've never bothered to wash the removable (flowered) slipcover.  Until today - today I glanced over and noticed that, while half the slipcover was still a beautiful antique white, the other half had become an ugly antique yellow. On the arms and the seat, mostly...

So I immediately threw the slipcover in the washer.  And when it came out, half of it was still ugly yellow.  Heloise that I am, I spritzed the yellow parts with Shout and poured non-chlorine bleach in the washer and washed it again.

But the ugly yellow parts are still there.

I can only assume that any one of you has more laundry knowledge than I do.  I mean, I don't even separate darks and whites.  True story. The fact that I had non-chlorine bleach hanging around my house amazes me.  So, please, someone tell me how to make my flowered Ektorp beautiful again.  Because I don't think Larry would be overly enthusiastic about spending money replacing a slipcover that hasn't even been vomited on.

The Sound of Silence

Our world is a little quieter today, and my kids have one less person to admire.  RIP, Tom Keith; I'm sure Heaven is quite a bit more interesting with you there.

Who knew that it would be so easy to simultaneously knit and eat leftover Halloween candy?  It's not often that one is able to so easily meld two seemingly unrelated hobbies.  Those candies to the right, my friends, are my downfall this year.  Oh, heavens, they are tasty.  I only stop eating them in order to consume some bite-size Snickers.  I don't want the chocolate bars to feel left out.  Also?  Peanut M&M's...

My socks are coming along swimmingly, even though I didn't manage to finish them by the end of October.  My new deadline (as unrealistic as the first) is Thursday morning, as I want to wear them to our first day of ice skating.  I might be able to pull it off, if I do nothing tomorrow but knit.  And if the Halloween candy maintains its entertainment value for the children, an all-day knitting spree may be a practical proposition.  Although I do seem to be developing the precursor aches and pains to some sort of needlecraft repetitive motion injury...

Well, if you'll excuse me, I'm due for my next dose of candy.  I don't want my blood sugar level to drop too precipitously, you know.
on November 01, 2011 6 comments: