So I went to the doctor and told her I couldn't stop coughing and she checked that I was vaccinated for pertussis (I was!) and agreed that 3 weeks is too long to cough and also agreed that my lungs were clear, so could I have my medical degree now please? Thanks.

Anyway, she gave me antibiotics (because SOMETHING is going on in my windpipe and why the hell not?) and some prescription cough medicine in pill form, which seems to me shouldn't work because it's not a liquid and whaddya know, it didn't. I spent the last 48 hours or so telling myself the antibiotics were working, but I really don't think so. I mean, I'm still coughing and I still feel exhausted if I think about doing anything remotely strenuous (like cleaning the bathroom or cooking dinner, say).

Maybe it's just an allergy to housework?

We had an absolutely gorgeous, unseasonably warm fall weekend here, perfect for biking, which I got tired just thinking about, so no. Susie made me go to Michaels, though, and purchase some Halloween decorations (2 autumn leaf garlands and 2 scarecrows, all 70% off) to put in our front yard. She also helped me pot the bright yellow mums that have been sitting on our front porch for a while. So, thanks to my youngest, we are looking somewhat prepared for the High Holy Day of candy that is bearing down upon us all.

I totally punted on costumes this year: Susie wanted to be something from Harry Potter, so I bought her a Hogwarts robe from Amazon, and Rachel still hasn't managed to decide what to be, so I told her she's on her own. Rachel DID drag me to Party City last Thursday to look for some tutus, but those were for Spirit Week (whatever THAT is) at her high school.

Word to the wise: DO NOT go to Party City 4 days before Halloween. Madhouse doesn't begin to describe what was happening there. It was like Times Square on New Year's Eve, or Black Friday at the mall. I managed to fight my way through the crowds and snag an inexpensive witch hat for Susie (aka Hermione Granger), while Rachel shopped for green tutus and tried (unsuccessfully) to convince me she could wear hers with just a pair of bright blue stockings (no pants) to school the next day.

Dear Lord, do I have 3 1/2 more years of this? Boarding school (with conservative uniforms) is looking better and better. Maybe I'll just have her wear Susie's Hogwarts robe to school.

If all that wasn't enough, Larry and I spent the weekend looking at tile and bathroom vanities, plus I was forced to freeze my butt off at a high school football game on Friday night. The good news is, Larry and I are still married. The bad news is, I still hate football.

PS - Brian is doing fine, but I freak out every time I see the stitches behind his ear. "Did they take your whole ear OFF?" I asked him. "No," he said, "I think they just folded it forward." Gah.

OMG, posting 2 days in a row - something exciting must have happened, for sure!

Only, um, no. I just happen not to be coughing right now and thought I would sit down here and let you all know. My theory is that the coughing has lessened because I actually made a doctor's appointment for tomorrow morning, if only to get all my well-meaning friends and family to stop saying, "You really should see a doctor about that."

And, yes, that IS what I am going to tell the doctor tomorrow, when she asks, "Why are you here?"


This morning Brian had ear surgery, so apparently our theme here today is the medical arts. The only other surgery our kids have had (aside from wisdom tooth removal) is the adenoidectomy we foisted on Rachel when she was 7. You know all those books and pamphlets that give you instructions on how to prepare your young child for surgical procedures? Yeah, me neither. Essentially, the morning of the surgery, we told Rachel we were going to the doctor's and she hopped in the car. We are terrible parents.

So, anyway, our HMO website had a video Brian was supposed to watch, all about general anesthesia. "Do I have to?" he asked, and we said, "Well, no, we guess not." I mean, really now, it's not as if Brian had to practice for his part in this. He just had to lie down, right?

He came through the surgery with flying colors (whatever that means). I missed the fun part of seeing him being loopy post-op, because I wimped out and begged Larry to take him instead. Larry is a nice guy and a good father (despite not forcing Brian to watch the anesthesia video) and willingly complied.

Surgery is scary. Brian didn't mind it, though, because as he said, "I was asleep." Instead, I'm the one who sat home for 3 hours and pored over baby pictures and tried not to imagine horrible outcomes, because, hey, that's my job. But just think - if something had happened to Brian, WHO would have helped us figure out our phones? WHO would have operated the scanner? WHO would have explained how to find our photos?

Um, hi! I would have written sooner, but I have spent the better part of the last, oh, 10 days coughing uncontrollably. So much fun! And no, it's not bronchitis or pneumonia. It's just an irritating thing in my windpipe that is freaking out absolutely everyone around me.

Nothing that a lot of Halloween candy can't cure, I am sure...


It has also cut short my not-so-illustrious career as an elder companion - seems that no one wants to let you drive them to the doctor when you sound as though you have TB (I don't - we checked). Technically, I AM on the upswing here - I mean, the past few days, I have even been able to sleep through the night instead of sitting up drinking tea and coughing sporadically for hours on end.

In the meantime, Halloween has snuck up on me. In desperation, I ordered a Hogwarts robe from Amazon for Susie and told poor Rachel she's on her own. I bought the candy at Costco and have managed not to open it yet (although I did have an unfortunate falling down with a bag of candy pumpkins from Target a few days ago).


Despite my apparently imminent demise, I managed to finish a lovely pair of fingerless mitts for my friend's birthday. I would show you a photo of them, but I forgot to take one. That's annoying, because my new phone would have snapped an awesome picture of my work. I have this new phone because Brian took charge around here and got Larry and I signed up on Project Fi (awesome deal, people!) and helped us pick out phones and then showed us how to use them. Because we are helpless like that.

Turns out I have a flashlight function on mine - who knew? Brian wants me to stop shouting "Lumos!" every time I use it, but I can't stop. I don't WANT to stop.

So, anyway, now I can actually add apps to my phone, because it has more than 8 GB of storage, and I can even download my email. And the girls don't play with it because I've coughed all over it.

Have I mentioned I'm coughing? Oh, okay then...

Susie and I went to Lake Placid last week, to visit a friend and her girls who have a place up there. Oh, how fun to go on a road trip with just one child! We were like Thelma and Louise, only without the shooting or the 7-11 robbery or the suicide. So, really, not at all, I guess. And that's a good thing, I'm thinking.

Where was I? Oh, yes, Lake Placid, which was experiencing peak color (the Adirondacks in NY, you know) and crisp fall air and everything was absolutely perfect for hiking and checking out the cute little town and oohing and aahing over the scenery. Naturally, we wouldn't want a vacation like that to be all unalloyed happiness and cheer, so I managed to come down with a vile head cold the same day we arrived. My hospitable friend spent over 48 hours watching me clutch a tissue box and complain about how my head felt. She also did an emergency run to RiteAid for Sudafed and Ricola.


WORST HOUSEGUEST EVER. I know. 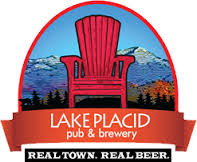 I blame Larry, of course - he had a cold right before we left home. I still found it within myself to pick up a few birthday presents in Lake Placid for his diabolical self (maple sugar fudge, huge lemon bar from Cake Placid, and UBU ale), but I won't say I didn't harbor a bit of resentment all weekend. We got home on his birthday, let him unwrap his presents, and then I went off to Bunko, because he and I were both still too sick to care about going out to dinner.

I did promise to give him my winnings, which unfortunately ended up equaling zero; but hey, it's the thought that counts, right?

So, anyway, I was feeling perfectly all right Wednesday and Thursday, and had even started entertaining thoughts about cleaning the house and cooking a meal or two for my neglected children; but now I seem to have come down with the same cold all over again. Have I mentioned how miserable I feel? How my head hurts and how the roof of my mouth is torn up from sucking on too many Ricola cough drops? Yes? Well, then, my work here is finished.

Time to try to sleep again, I guess...