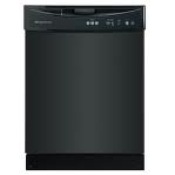 I'd like to thank everyone who bothered to comment this past week and share personal details of their dishwasher histories.  Essentially, I learned what Larry and I already suspected - dishwashers today are unpredictable pieces of crap.  "Okay," I said to my long-suffering husband.  "Let's go buy a new dishwasher - it will last maybe 2 years."

"We could get the 4-year warranty with it," he suggested. 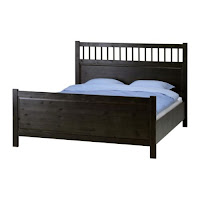 "We could skip the whole deal and buy some bedroom furniture at IKEA," I countered.

"I'm sick of washing dishes by hand," he said.

"I do most of it.  And I'm sick of not having a bed frame and a headboard.  We've been married 20 years.  Aren't old marrieds supposed to have some bedroom furniture?"

"Old marrieds are supposed to have a working dishwasher." 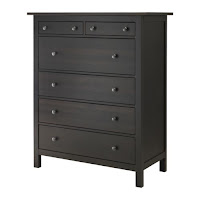 "Anna just took my dresser.  I need a dresser.  And I want it to match the bed frame."

The upshot?  Readers, we bought a used Frigidaire dishwasher on Craig's List.  With much trepidation on my part, of course, and only after extracting a promise from Larry that the remaining cash he wanted to waste on a new dishwasher would be given to me to spend at IKEA.

I drive a hard bargain.


[Oh, and the winner of the Starbucks gift card is momwhoknits!  Please email me your address!  I guess I'll have to sound stupid here, but is there Starbucks in Canada?]
on February 20, 2011 12 comments:

A Cry For Help

Larry and I decided on Friday that we could not stand handwashing dishes for 7 people one minute longer.  It's been 21 months since our dishwasher died; and we're tired of playing Amish.  So I visited Best Buy (boy, that sounds familiar) with my best friend (who also has a broken dishwasher).  We swore to each other we would not leave the store without buying a replacement for each of us.

Undaunted (or maybe just stupid), Larry and I visited another appliance store on Saturday, determined to emerge victorious.  Nada.  The fact of the matter is, we cannot understand spending 700 dollars on a machine that will last only 2 - 4 years (if we are lucky).  Can someone explain to me the lousy life expectancy of these machines? What is so hard about manufacturing a dishwasher that WASHES DISHES?

So, what with researching dishwashers online (decibel level? repair record? longevity?) and visiting stores and arguing (IN PUBLIC) over whether our machine should be white or black, we are not having the most romantic of Valentine Days here.  Larry has gone back to searching Craigslist and I've returned to my Michael Graves dish rack, sadder yet wiser.

But you - the readers of this humble blog - have the power to save my marriage.  Please tell me - what brand dishwasher do you have, how long have you had it,  how many loads do you do a week, and what repairs (if any) has it needed.  Got that? 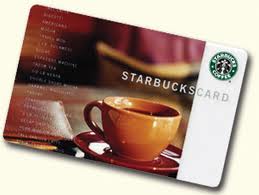 
How many loads per week?

For instance, I have a KitchenAid; it worked for 21 months until the control panel died; I did approximately 12 loads a week; and we needed to replace the door latch at 17 months.


If I get more than 20 responses, I'll pick one commenter randomly to receive...uh...a broken dishwasher?  No?  Okay, then, how about a Starbucks gift card?

But you can have the dishwasher, too, if you want it... 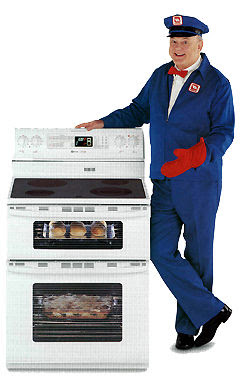 Lookee there, to the right!  A working stove!  Barely used and just 300 dollars on Craigslist!  And it came with all these exclamation points!

You know, I'm a tad worried that I have become a person who gets this excited about a Maytag appliance.  This may be a bad sign.

I have no time to think about that now, however, busy as I will be relearning how to cook the modern way - you see, for the past few months, I've developed a sort of campfire style of food preparation: put the pot on our antiquated stove for a minute or so and then take it off and stir things around and then put it back on...you get the idea.  The only thing missing from the whole outdoorsy-type experience were the S'mores.  Although, I guess we could have microwaved those.

And, no, the stove didn't come with the repairman.  But, considering our track record with appliances, that might have been useful.
on February 08, 2011 17 comments:

Maybe Mubarak Should Look Out The Window? 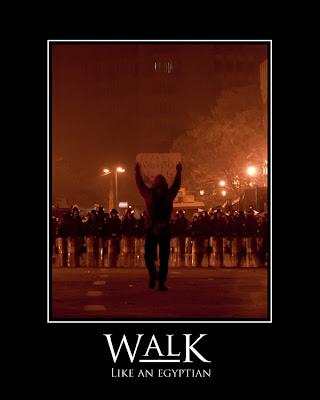 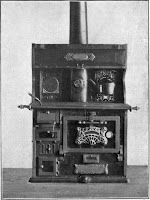 Something in me snapped the other day, the 13 millionth time I had a pot boil over because my not-long-for-this-world stove only works when the burner is set to "High."  Maybe it was the smell of the burned hot cocoa bubbling away beneath the electric element that did it, or maybe it was the tears of the children who had been looking forward to a nice hot cup of chocolate after sledding.


Despite 20 years of marriage and the world-weariness that generally comes with middle age, Larry and I headed off to Best Buy full of the type of anticipation and hope better suited to a pair of starry-eyed newlyweds.  Hand in hand, we sashayed through the front doors and nodded cheerily to the greeter.   "A new stove!" we thought, "We're gonna walk out of here with a stove that works!"

"There, there," Larry tried to console me.  "We could go back in, buy that electric flat top with the 4 burners..."

"So, they don't stand behind their products.  Remember the broken handle on the microwave?"

"NO ONE stands behind their products!  Do you see KitchenAid standing behind my broken dishwasher?"

And here's where 20 years worth of marriage kicked in.  Larry stopped trying  to reason with me.  He took me out for dinner instead.  At the time, it seemed like the right thing to do.