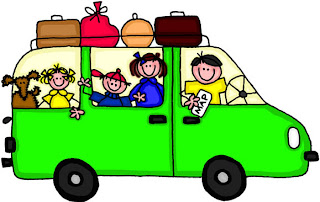 We're back.  I'm not saying it was easy.  I'm not saying I didn't contemplate leaving the car at a rest stop this afternoon and wandering off.  But we made it.  6 hours on the road, sitting crammed behind the front passenger seat and next to a 5-year-old who never stops talking, I tried desperately to enjoy what should have been quality creative time ("What are you making, Mommy?  How many?  Is it done yet?"); but really, I just wanted to stab myself in the head repeatedly with my crochet hook....

Family travel is not for the weak.

We spent the last few days (on Grandpa's dime) at a resort-y place in the mountains.    Now, Larry and I are used to vacations where we drive someplace cheap (usually some military recreational base), cook our own food, drag our offspring to local historical sites and natural wonders, and occasionally find some water to swim in.  The afternoons are spent watching the kids play with other children who are staying near us while we lie around and try to recover from the morning's outing.

So non-stop entertainment of children is not our norm.  Not that we didn't have fun, but it was a hectic sort of fun - we needed a schedule.  Boats on the lake in the morning, swimming in the afternoon.  No opportunity for naps.  I mean, my nap - the kids don't need them anymore.  It was exhausting.

One day it rained; in desperation,  I introduced Susie and Rachel to the joys of BINGO.  The game appealed to them, which is no surprise, given their natural gambling proclivities.  Then we visited the HUGE indoor playground, where - wonder of wonders - there was a vending machine which sold socks. 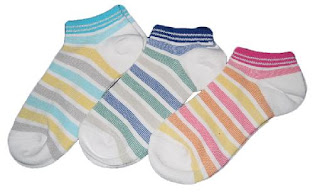 Striped socks.  Pink socks.  All sorts of socks to wear in the playland...we had never seen the like.  We gazed upon this marvelous machine like noble savages catching our first glimpse of modernity.

Oh!  But the best part?  There were bars at the pool.  Bars at the lakefront.  Everywhere I turned, fancy summer drinks were being sold.  Now, I am not a drinker.  The taste of alcohol holds no appeal for me.  But that first day, when we went down to the splash pool where a big sign advertised the "Drink of the Day" - a Caribbean Cooler, if memory serves me correctly - I had a sudden urge to lounge elegantly by the pool, sipping my glass of cranberry and orange juice with a dash of vodka, while my children played in the water.

I had no idea people did that anymore - I mean, it is just so Mad Men, isn't it?  Is this how the rich still live? 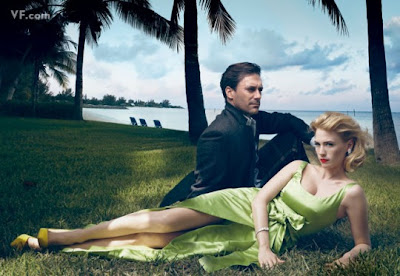 And do you think Larry and I could pull it off?