Of Mice And Mosques 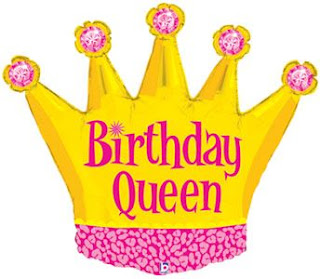 Oh, man, I have so much to say and no time in which to say it.  2 birthdays this week and a family visit are making me pay attention to real life for a bit.  Anna has turned 17, Rachel turned 8 today, and we still have Rachel's b'day party Saturday to prepare for. I'll be back tomorrow to complain about the rodents who have been scampering inside my bathroom vanity and my silverware drawer.  Important tip:  when your husband adds "mousetraps" to your shopping list, don't ask for details.  Is there really anything he could tell you that would make you feel better?

In the meantime, how about going here, where you can find a full explanation of how the "Ground Zero Mosque" isn't?  Not Ground Zero, not a mosque...and fully approved by the local city council.  Odd how politicians who want Big Government off our backs and who laud the virtues of local gov't are crusading against this particular local decision, isn't it?  I smell demagoguery in the air...

Oh, what the heck...you don't even have to bother to click.  Here's the meat of it, written by someone who actually lives/works in Manhattan, as opposed to a lot of the carpetbaggers we're hearing on the news lately.

Ah, the “Ground Zero mosque.” Well, for a start, it won’t be at Ground Zero. It’ll be on Park Place, two blocks north of the World Trade Center site (from which it will not be visible), in a neighborhood a jumble with restaurants, shops (electronics, porn, you name it), churches, office cubes, and the rest of the New York mishmash. Park51, as it is to be called, will have a large Islamic “prayer room,” which presumably qualifies as a mosque. But the rest of the building will be devoted to classrooms, an auditorium, galleries, a restaurant, a memorial to the victims of September 11, 2001, and a swimming pool and gym. Its sponsors envision something like the 92nd Street Y—a Y.M.I.A., you might say, open to all, including persons of the C. and H. persuasions.

Like many New Yorkers, the people in charge of Park51, a married couple, are from somewhere else—he from Kuwait, she from Kashmir. Feisal Abdul Rauf is a Columbia grad. He has been the imam of a mosque in Tribeca for close to thirty years. He is the author of a book called “What’s Right with Islam Is What’s Right with America.” He is a vice-chair of the Interfaith Center of New York. “My colleagues and I are the anti-terrorists,” he wrote recently—in the Daily News, no less. He denounces terrorism in general and the 9/11 attacks in particular, often and at length. The F.B.I. tapped him to conduct “sensitivity training” for agents and cops. His wife, Daisy Khan, runs the American Society for Muslim Advancement, which she co-founded with him. It promotes “cultural and religious harmony through interfaith collaboration, youth and women’s empowerment, and arts and cultural exchange.”