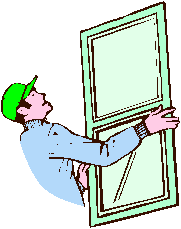 The nice man who is replacing (for free!) my broken window was due to show up today.  Which normally wouldn't have required any work on my part, except the broken window happened to be in my bedroom.  You know, the bedroom where we threw all the junk in our house in preparation for our New Year's festivities?  On top of all the other junk that has accumulated there?

[Jenn, I know you don't understand that scenario at all.  Just bear with me and the 10's of kindred disorganized spirits who read this blog.]

So!  In between keeping up with the current national dialogue on gun control  and the new Facebook profile (because I am a woman of wide and varied interests) ,

I have been delving into the mess in my master bedroom, in a quixotic attempt to restore order amongst the knitting supplies and last year's files and the boxes of photos that I ordered 2 years ago before I realized that, really, it's just easier to keep everything digital. 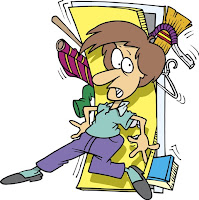 I am proud to report success - my bedroom looks fantastic!  But this victory, alas, was bought at a price :  my walk-in closet....isn't.  In fact, I can barely get its door open.  In the spirit of a move towards a more civil national discourse, I will refrain from blaming conservative rhetoric or too-lax gun laws for that situation.