--- 1 ---
We have been subsisting on a steady diet of New Year's party leftovers.  We may die of scurvy and/or hypertension, but we'll die happy. 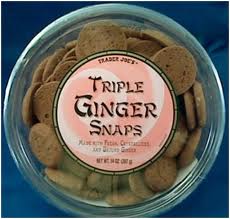 --- 3 ---
The other day I tweeted about how I clean up for guests by shoving everything under the Christmas tree and pretending the whole mess is presents. @ConversionDiary retweeted this handy hint to thousands of people who apparently think I'm being funny.

People, I was serious.  I thought everyone (with more than 4 kids) did the same.  In fact, I thought that was what Christmas trees are for.  You know, you can't hide a heck of a lot of stuff under a menorah.


--- 4 ---
Did I ever mention the time I was having an old college friend and his family over for dinner, back when we had only 4 kids, the youngest being a nursing toddler, and we were too broke to fix up our house at all?  Borderline Squalid, that was our decorating theme.  Sort of like Shabby Chic, only uglier and cheaper.  Larry and I debated setting up ladders and dropcloths all over the main living area, so we could pretend that we were in the middle of a major home renovation.  "Oh, excuse the mess!"  And the crappy paint job, and the missing doors, and all that...

--- 5 ---
Haven't seen those folks since, actually.  Larry, who isn't the quickest on the uptake when it comes to social cues, turned to me as my friend and his wife walked out the door and said, "Well, I guess we're not on HER A-list, are we?"  Yeah, it was that obvious. 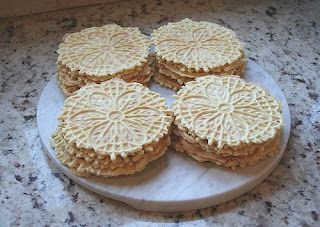 So! We held our annual neighborhood New Year's Day Open House on Sunday, and it was a roaring success.  Getting ready for it, however, almost required the services of a mediator.  Who knew 2 people married 21 years could get into a fight over where to set out the pizzelles?  It's a special skill we have.


But, just for the record, Larry was wrong.