What with pretending to be an exercise fiend in an attempt to avoid dying this Saturday during the Tour de Cure, I've neglected my cozy little blog.  Let's see...20 miles on Saturday, 7 on Monday (I took Susie along, couldn't go far), 10 miles this morning - I hardly recognize myself.  It helps, of course, that this is one of those rare times of the year here that we have PERFECT bicycling conditions - low humidity, warm but not hot temps, spring breezes - I swear, if heaven does indeed exist, this is its daily weather.

In among all that, we had Susie's birthday.  She has now reached the august age of 9, which fact - as she is the baby of the family - makes me weep uncontrollably at times.  My one consolation for her growing irrevocably bigger is that she seems to be the only one of my kids who truly enjoys bicycling.  And, last week, having watched her attempt to pedal the thrift store Huffy she had just inherited from Rachel, I realized something was amiss.

You see, on her previous bike, an old hand-me-down from a neighbor, Susie rode like a pro - or, at least, how a pro would ride if he were limited to 6 gears and a torn saddle covered with plastic grocery bags.  This athletic behavior was quite unlike that of her older sister, say, who had always poked along on her refurbished thrift store Huffy as if she had a ball and chain attached to her ankle...

Hmm, I would say to myself, Rachel just doesn't like biking.  But now? I was seeing Susie act the same way, on that same darn bike, and a light bulb went on over my head, thanks to my recent epiphany concerning how much better one can ride on a suitable bicycle.

Maybe it's not the GIRL, I thought, it's the BIKE.

Now, in our entire family history, we have never spent any real money on bikes for a mere 9-year-old.  They just rode whatever bikes in the backyard happened to fit them at the time, bikes that I either got from a friend or bought at a garage sale or whatever.  But here I had just spent good money last year fixing up one of those thrift store bikes for Rachel, and it still turned out to be a piece of crap.  AND it was Susie's birthday in just 2 days.  Be aware that, at that point, the only presents I had bought her were some candy and a pack of colored pens from Office Depot.

So, yeah, I went back to the bike store, where I plunked down Larry's hard-earned money for a brand-new 24" bike for a 9-year-old.  To this dyed-in-the-wool pennypincher, it felt almost sinful, even though the bike was on sale.  Let's face it, anything over $50 would have gone against the grain of my well-honed instinct for thrift.  But, oh, that bicycle rides well. 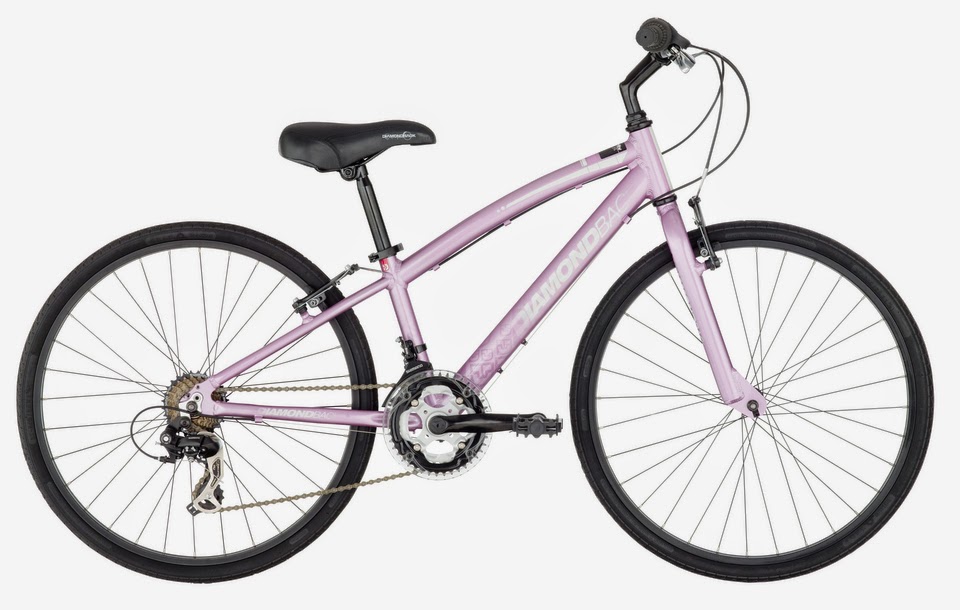 Well enough for me to go against 24 years of frugality just to see my daughter fly.  Like the wind.