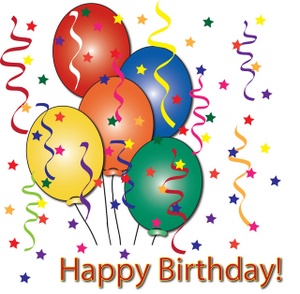 It's my birthday week (because why settle for just one day?), and it's been busy. Some neighbors were moving away on Tuesday, so we had a going-away party on Monday that I somehow became in charge of, which involved an awful lot of running around. By the time my actual birthday rolled in the next day, I was looking forward to just sitting still, eating chocolate, knitting, things like that.

I got up bright and early on my birthday to take some Excedrin (because tapering off steroids apparently gives me 4 AM migraines) and then stayed up to enjoy my day. Susie insisted I open her present in the morning, 2 lovely little bars of British Cadbury Fruit and Nut. That girl has excellent taste. I spent the day knitting on my shawl, determined to finish it by evening so I could beg a friend to block it for my birthday. Susie, newly deprived of her neighborhood friend (whose family had gotten on a plane headed for their new home that morning), went for a walk with me and convinced me to take her to Finding Dory ($6 Tuesdays!) that afternoon.

And we both fell asleep in the afternoon and missed the movie. It was an excellent birthday nap, however.

Larry came home and offered to take me out for dinner. "Don't bother," I said, feeling magnanimous in a birthday sort of way. "We have tons of party leftovers you can throw together instead - grilled chicken, hamburgers, etc." Whereupon he proceeded to sit down with a beer in the living room while I bustled about the kitchen, washing lettuce and making Brian and Susie peel cucumbers, set table, etc.

No, I do NOT know what he was thinking. Several times I heard him talking and I said, "What? Are you trying to talk to me from the living room while I'm in the kitchen getting dinner on MY BIRTHDAY?" Eventually he got the message and wandered in. Maybe he thought that the gifts he got me were so awesome, no more effort was required. Maybe he thought that when I said I didn't want to go out to eat, I meant, "I would love to prep dinner in the kitchen, just like I do every single other day of the year." Who knows? But it still couldn't dent my birthday high.

After dinner, I opened my presents. Larry gave me a Bagel Guillotine.

Read that again. LARRY GAVE ME A BAGEL GUILLOTINE.

"Well," I said, mentally calculating how much money I now deserved to spend at my local yarn store. "That's, uh, interesting."

"I NEVER hurt myself cutting bagels," I said. "I've known you 26 years, and that has never happened."

"Yes, but someday you could. And buying that thing sure beats spending the money on an ER copay!"

The man was just busting his buttons with pride over his excellent gift-selecting capabilities. Seriously, it reminded me of the windshield-scraper Christmas. I didn't even know what to say. But Susie did.

"Daddy! THAT's not a birthday present!"

Larry looked affronted. "She NEEDS it, " he insisted.


"Why don't I open this box?" I said, anxious to move on. I opened the box and found...soap nuts? Patience Crabstick had recently blogged about them and so I stuck them on my wish list to consider for later.

"Daddy! That's not a birthday present, either!" said Susie, of the lovely Fruit-and-Nut Cadbury bars. Even Brian, male though he is, was shaking his head by this time.

"They were ON your wish list," Larry said, looking as befuddled as only he can look. "I thought you WANTED them."

So, yeah, the gift list concept needs some work. At least now I get to spend the rest of the week walking into local yarn shops and announcing, "I am here because my husband gave me a bagel guillotine for my birthday," just to hear all the women literally gasp in sympathy as they rush to help me select some birthday yarn. Because solidarity is what it's all about, ladies - solidarity and natural fibers forever.