The End of Car Talk and Other Signs of the Apocalypse

Say it ain't so, Tom and Ray!  Don't leave us! And I'm not just saying this because Car Talk featured this post of mine on its website a few years ago...

And could it be that there might actually be an INTERESTING political convention this summer?  Oh, please, please, let it be so!  Imagine the hijinks!

I lost a Follower.  I can only assume it is someone dismayed by my defense of unions as the only bulwark against the unfettered power of corporations and other employers.  There were some interesting comments on that post, by the way.  RobinH's comment was notable for its evenhandedness, grounded in experience:

I've worked in manufacturing for 25 years, for both union and non-union companies. As a salaried worker, my compensation has been fair in both kinds of businesses. I've seen one union that did a great job- protecting workers, and negotiating for pay and benefits- and another that did a lousy job--the union reps were more interested in using their 'union duties' to get out of doing work than in representing the interests of workers. I've seen employees treated fairly in both kinds of businesses as well.

At the same time- I know my history. In the pre-union days, corporations did not hesitate to use their power over employees to maximize profits- our health and safety laws, standard 40 hour work week, and overtime pay- just to name a few- we owe to the presence of union organizers. I think Cassi has it exactly right- corporations have money and political clout- to keep them in check we need unions with money and political clout, otherwise individuals are left trying to resist corporate abuse without any backup at all. 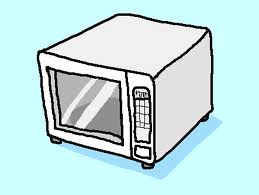 David managed to break the glass plate that turns round and round in the microwave.  I'll give him kudos, however, for cleaning the entire mess up before I even got downstairs to check out the damage.  "Good job," I told him.  "I guess I won't cancel your birthday tomorrow."

You gotta be tough with kids, or they'll eat you for breakfast.  Or at least kill you with their whining over the type of cold cereal you bought them...

My post title doesn't really make sense, but I'm leaving it as is.  After all, we don't really know whether breaking glass is a sign of the apocalypse or not, do we?  Maybe I should Google it.  Just as soon as I am done Googling my microwave model to see if I can buy a replacement plate...