The Most Wonderful Time Of The Year 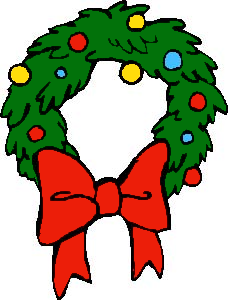 Well! Here it is, the holiday season, when everyone focuses on gifts and food and decorations and general good cheer. It's that time of year when we are grateful for what we have and are eager to share our bounty with others, all while partying down to the end of yet another year.

Unless, of course, you're a hypochondriac.  In which case, you spend this time of year much as you spent the first 11 months of it - anxiously scanning the Internet for more news that will confirm your suspicion that we are all going to die horribly and soon.

Yeah, put that in a carol and sing it, will ya?

So here is the latest round-up, for those of you less vigilant about our coming collective demise. First, yet another article from Slate about how bacteria are all becoming antibiotic resistant; in the not-so-distant future, apparently, a cut finger will spell gangrene and maybe even death (if you're one of those wimps too slow to opt for amputation). Merry Christmas! But be careful washing those wine glasses - they break easily and you could end up with a fatal injury.

And here is something from NPR about one of my least-favorite creatures, the Asian tiger mosquito. Not only do these savage insects carry West Nile, malaria, and chikungunya; they also help transmit the Zika virus.  Luckily, Zika won't kill you; unluckily, it looks as though a pregnant woman, if bitten, has a bigger chance of giving birth to a baby suffering from microcephaly. In other words, mosquitoes can not only incapacitate you with joint pain for months and months, but also shrink your babies' brains in utero. Oh, but Happy New Year!

And, lest we forget, 15 cases of plague have been diagnosed in the United States this year, predominantly out West. This is because the bacterium that causes plague runs rampant in the rodent population out there. Maybe it is time to rethink my plans to drag the entire family out to southwestern Utah next summer?

So, there you have it - the catastrophic disease round-up for the 2015 holiday season. Enjoy your holidays and raise a glass to us hypochondriacs - we who cannot be happy without first reading up on everything poised to destroy our good cheer at a moment's notice.  Oh, and don't forget - there are some risks that accompany all that holiday drinking...