What can I say? I've been spending my day opining all over the blogosphere and Facebook that when a police officer asks for your ID, you show it to him without arguing. I believe that any guy, black or white, who starts yelling at a cop will most likely end up arrested. Maybe we should stop the knee-jerk liberalism already, what with seeing racism behind every interaction between the law and an African-American. It's as bad as my right-wing friends who espy socialism or totalitarianism or both, for heaven's sake, lurking behind every single government program.

And I like Gates's writing, dammit. I just think he was jetlagged and went off the deep end.

Anyway, here are two (opposing) views on the situation, one that disagrees with me and another that takes my point of view. I think they both have their merits.

What is it with the Internet that makes me want to spout opinions? I don't know.

Theo had all his wisdom teeth removed this morning. Larry brought him home still woozy from all the drugs, which was sort of scary and sort of cute all at the same time. As he sat on the couch with his ice packs, he asked, "Where's Dad?"

And I'd tell him, "He went to the pharmacy to get your painkillers."

"He went to the pharmacy to get your painkillers."

That went on for about an hour until the sedatives wore off. Maybe if I got some of that stuff for Anna, she'd be more pleasant?

I was worried (more than usual) about David this summer - according to him, he'd read "everything" (that statement might just be true, actually); and he was B-O-R-E-D bored. On 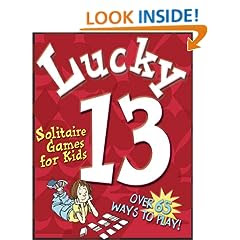 ce he came back from his one-week Boy Scout camp, I rather desperately searched the Internet for another affordable camp (none), badgered him to take tennis lessons (no dice), and fretted to Larry that July would be intolerable with David sitting around and staring at the wall.

Ha! The joke's on me - the boy discovered solitaire, which makes him perfectly happy. Good thing I didn't have any money to throw at that problem, eh?
on July 22, 2009