I know I come across as only being interested in the inconsequential, but I've actually been spending all my spare time following the flotilla crisis. No kids, no vomit, no mice - just 40 years of poor domestic policy on the part of the Israelis and at least a decade of lousy foreign policy on our part, all coming home to roost in a situation where a good ally of ours (Turkey) is rightly furious, another ally of ours (Israel) is manipulating evidence, and the White House is dithering. Oh, and nine people are dead. And journalists' photos and tapes are confiscated.

[That link up there, and the articles and blogs it links to, are really informative. Much better than this stuff I'm spouting here...]

My generation of American Jews was brainwashed to believe that criticism of Israeli policies is de facto anti-Semitic. Any Jew who dared question Israeli conduct in the West Bank, or Gaza, or anywhere else in the world was labeled "self-hating." It was an effective way to silence dissent. 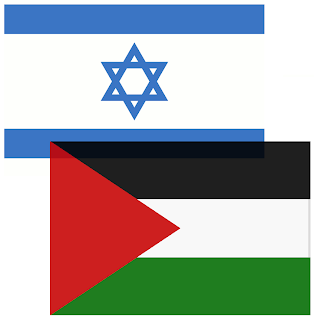 But what we need to realize is that any actions that desecrate the sacred memory of our slaughtered Jewish ancestors are what is really anti-Semitic. And the Israeli actions against oppressed populations? Definitely fall into that category.

The reflexive defense of Israel by American Jews (on the Right and the Left) is examined by Glenn Greenwald here, who is right on the mark. The Jews of my generation were inculcated from a young age with warnings of Israel's vulnerability. I remember my 5th-grade teacher saying, "The Palestinians? They are terrorists. All of them. The women, the children - they are all terrorists."

It's hard to blame her - she and the other teachers were traumatized survivors of the Holocaust, witnesses to the War for Independence (1948) and the 6-Day War (1967).... in their minds, Israel was still the threatened new nation in which so many Holocaust survivors had found refuge. But our parents' reality is not ours. For most of our lifetimes, Israel has been an occupying force in the Palestinian territories (its presence in the West Bank I have already discussed here); it fields a formidable, well-equipped army and even has nuclear weapons (shh, it's a secret). To continue to claim that it is vulnerable to a few Katyusha rockets is ridiculous. To believe that they must invade a neighboring country with overwhelming force in order to secure its borders is absurd. Does Turkey invade Kurdish Iraq, slaughtering over a thousand people and destroying a large portion of the civil infrastructure, when terrorists sneak over its borders?

Really, what do such actions do but produce even more instability in an already unstable situation? Israel says it is fighting terrorism - but it is actually producing more terrorists.

It behooves American Jews to speak up on this topic. Israel is not always right. Israel is faced with a marginalized, oppressed Palestinian population that is the result of 40 years of poor policy choices on the part of the Israeli government. No amount of military might will make that go away. It's time for Israel to admit its mistakes and find a new way forward, a way of cooperation and peace. It is a strong enough nation to do so now. It just doesn't seem to realize that.

[Addendum: Check out these eyewitness accounts, if you are still buying the sanitized video put out by the Israeli government. I really think that official video is what bothers me the most. It is a deliberately constructed lie.]
on June 06, 2010

Email ThisBlogThis!Share to TwitterShare to FacebookShare to Pinterest
Labels: politics