Be It Hereby Resolved...

Last January, I decided I needed to return to the yoga classes I had abandoned, oh, back in January of 2010.  I didn't mean to abandon them.  Things were crazy here and I couldn't seem to make the time for them anymore.  I figured, when I left, that I would get back to yoga soon.

Well, I'm telling you, it was as if I had encountered the Weeping Angel of Yoga and blinked. Because, suddenly, it was 4 WHOLE YEARS later when I hobbled back into my favorite studio (January of 2014, for those of you who hate math), plunked myself into a class a level or so down from where I had left off, and prayed that I could keep up.

By the way, don't you love how the British say "maths"?  I do.  All through The Imitation Game, I got to hear Benedict Cumberbatch say "maths," and each time he did, I swooned.

Where was I?  Oh, yes, yoga.  So, anyway, I just realized that I went to yoga class all year.  ALL YEAR.  Sometimes even twice a week.  Which means that, for the first time ever, I actually kept a New Year's resolution.

I know! Unthinkable, isn't it? 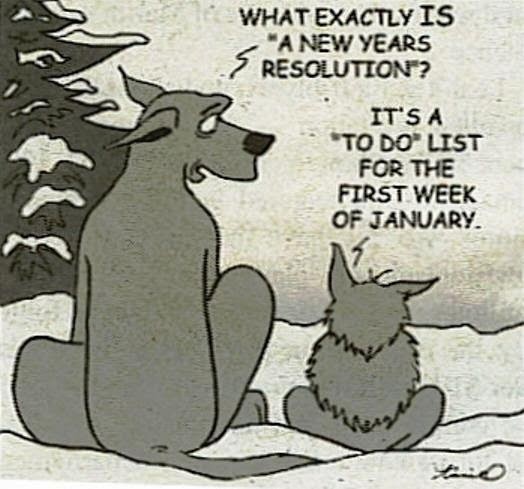 Naturally, this has inspired me to make resolutions this year.  Who knows what I could accomplish? Maybe I should resolve to win a million dollars.  Or to not go gray.  The possibilities are endless.

So far, all I have on my list is a resolution to go to bed by 11 each night. Not to sleep, necessarily, but I have to be in my room, reading or doing puzzles or whatever (I'm a cryptograms fan).  NO ELECTRONIC DEVICES ALLOWED.

I know, it's crazy talk.  But I am coming to realize that staying up past midnight every night (as is my wont, just because the house is so darned peaceful and quiet at that point) is probably not helping me stay on top of my job of  homeschooling 3 kids (David is on his own at this point), keeping the house somewhat picked up, and making sure we all eat semi-healthy.

[Yes, I DO have a boring job.  But I can wear what I like and there's a lot of social time built in.  I'll take that.  Besides, no one will hire me to do a real job at this point, anyway.]

So! Do any of you have any reasonable resolutions to which you want to be held accountable?  We could do a monthly check-in or something (at least, we could do that if I were halfway organized about this blogging thing - don't hold your breath).  If so, just list your resolution in the comments down there. (If your comment doesn't show up, enter it again - Blogger gets weird that way.)

Actually, let's just give this a trial run.  Let's call them January Resolutions - that way, we can stop in February if we really hate it, without feeling as though we've failed.  Is that cheating?  No?  Good. Bedtime at 11 for me for a month.

Gosh, I think I hate it already.