Beaten At My Own Game

So, yeah, here's a picture that inadvertently sums up my incredibly pedestrian day Friday: 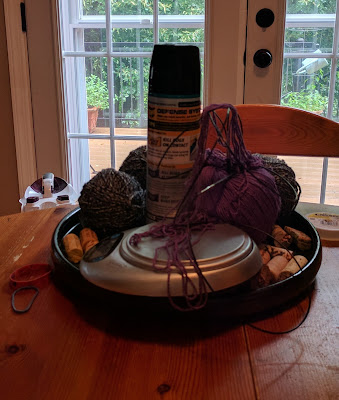 There you have it - I rolled up 50-gram balls of yarn, knitted a gauge swatch, and battled an ant invasion with that can of spray and the vacuum cleaner hiding in the back corner of the photo. And, no, I don't know what all those corks are doing there. Let's pretend they're decorative, shall we?

The ants must have been trying to escape the rain. Because rain it did. It rained, and it rained, and it rained. It was the sort of rain where you stop what you are doing from time to time and wonder whether the house can withstand that much water falling out of the sky at once. Well, maybe that's just me. 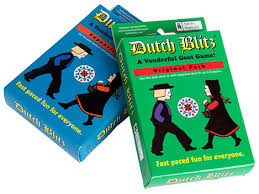 Susie and I took advantage of the stay-indoors weather by playing Dutch Blitz. So, uh, what exactly do you call that phase where your kid starts beating you (repeatedly) at games you taught her oh so many years ago?

Oh, oh yeah. Growing up, that's what you call it. And, whaddaya know, here's the post where I rejoiced that Susie had finally learned to play this particular card game. It was 5 whole years ago. She was only 7 then. OMG, where has the time gone?

Today Larry drove to pick Rachel up from the Civil Air Patrol camp she attended this week. It's called Honor Guard and the kids spend the week learning to march in ceremonial drills and to toss rifles and (I kid you not) to carry coffins.

That's right - I sent my kid to a summer camp where she learned to be a pallbearer. I'm still trying to wrap my head around that one.

So, anyway, Rachel had a great time (let's face it, she's always been the weird one, right?) and wants to go back next year for the advanced level. Maybe that's when they learn to toss the coffins. I don't know.

That's it for now. Tomorrow Larry and I have to perform the yearly, divorce-defying ritual of opening up the camper, so we can get it ready for our August sojourn up north. Because why enjoy your weekend when you can argue over where to put sleeping bags and camp chairs instead?