Unkindest Cut Of All

I was feeling rather intrepid last Friday as I headed for my long-awaited hairstyling appointment.  After all,  my previous haircut (wherein I threw off the shackles of the matronly bob) had gone very well; and I knew that all I had to do was walk into the salon, sit in the same stylist's chair, and say, "Do it again!" 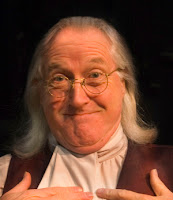 Instead I said, "Do you think you could give it that slanted bang all the teen girls have?"  Not that I fancy myself a fashionable young thing; I was just hoping to diminish the overwhelming effect of my somewhat large forehead.  On a bad day, I look like a Benjamin Franklin impersonator. 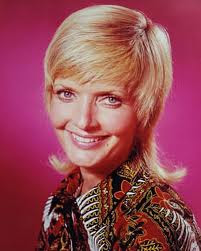 Somehow, that one little request gummed up the works.  "Slanted bangs," I said.  Somehow, that phrase encouraged my formerly reliable hair stylist to attack my long thick tresses with all the delirious abandon of a whirling dervish.  I had walked into the salon with stylish (if somewhat over-long) hair, hoping for a slight trim and a little pizzazz; I walked out looking remarkably like Carol Brady during her shag-haircut phase.


Actually, no.  I wish I looked like Carol Brady.  Due, however, to my particular coloring and face shape, I more closely resemble a different icon of 70's TV - Keith Partridge.  The similarity is unmistakable.  All afternoon I said to myself, "I do not look like Keith Partridge," as if the mere act of uttering the words would change physical reality.  But the confused look on Larry's face when he came home told me all I needed to know.


Now if Larry would just stop humming "I Woke Up in Love This Morning"...