I Blame My Husband 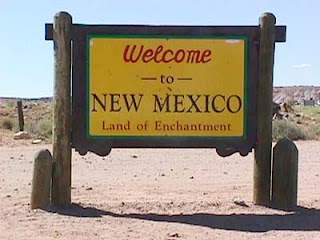 I've mentioned Larry and David are off camping in the wilds of New Mexico, right? So I've been flying solo here and doing a pretty darn good job of it, if I do say so myself.  True, we didn't have Internet all of Monday until I figured out how to fix it (I restarted something-or-other, sort of the modern equivalent of banging on the TV set to make all the lines disappear); and the children haven't exactly been eating healthy.  But we're managing.  And last night, even though there was a late bedtime and then I wasted an hour trying to dig through the crap piled 3 feet high (no joke) on David's desk, I remained responsible enough to head downstairs to the kitchen at 10:30 to do the dinner dishes.  Yes, no goofing off here!

As I reached the bottom of the stairs, I saw something black fly through the living room.   Oh, I thought, there's a bird in the house.


And here, dear reader, is where I screamed, made an about-face, and ran out the front door.

Only it wasn't that smooth.  Because the screen door was latched.  So I continued emitting screams as I struggled with the latch and THEN I ran out the front door. 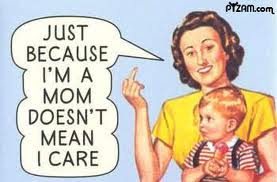 In retrospect?  I should have run up the stairs and shut the doors to the kids' bedrooms in order to protect them from what I assumed was an angry, rabid bat that could fly upstairs at any minute.  But no - I saved my own skin.  I'm not proud of that.

Running for help (feeling very much like I was starring in my own horror movie), I banged on a neighbor's door and - luckily - a zombie didn't answer.  My neighbor came over and chased the bat out of the house.  Because - did I mention? - LARRY WASN'T HOME.  He left his 3 youngest kids with a woman who apparently does not possess enough maternal instinct to save her children before herself.  How neglectful IS he, anyway?

[Yesterday's Beauty.com gift card giveaway is still open, if you care to participate!]