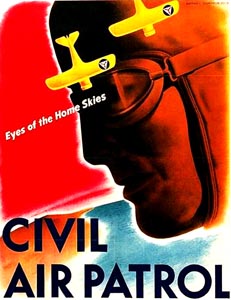 I drive David and his friends to Civil Air Patrol every Tuesday evening, and then I go to a local Starbucks (with a fireplace and lots of seating) to get some work done until it is time to pick them up.  I've been doing this for 4 years now, and we're pretty much settled into this routine.  I am a creature of habit, you know; and I loves my routines.

Only now? I'm unemployed.  I started my editing job just before David joined CAP at age 12, I'm realizing; so now, for the first time, I have no real reason to be sitting here waiting for the kids to finish their activity.  And you know what else?  Surfing the Internet is way more fun when you are avoiding work than when you simply have nothing to do.  It's true.

I've brought my knitting, of course.  But I'm not sure I can knit for 2 solid hours without anyone to talk to.  That would be sort of crazy-making for me.  Also, shockingly enough, no one pays me to do that.  I definitely need a new job, but I'm beginning to think that my current method of looking for work (sitting around and waiting for a job to land in my lap) isn't going to do the trick.

Life is so unfair.

But hey - a friend and I have a business idea: we're going to open a therapy/support center specifically for the parents of teens.  There would be coffee and hugs and a lot of positive visualization of kids growing up and moving out of the house.  Also?  Practice dialogues where the parents rehearse saying NO when the teen asks to go to a coed slumber party or wants to drive 16 friends somewhere in the family minivan.  We'd offer lots of positive reinforcement as the parents practice, so they can feel good about doing what is essentially a thankless task.  There could even be special group sessions, with titles such as the following:

"The Magic Years - They're Long Over, So Stop Scrapbooking and Make Sure To Install a 5-Camera Security System on the Exterior of Your House."

And, yes, another friend of mine DID have to resort to that last idea.  Raising teens isn't for wimps, you know.