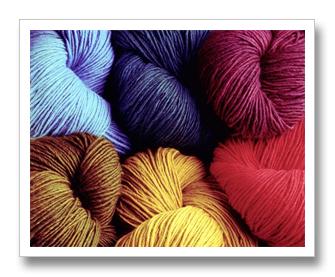 Octamom is demanding pictures of Fridge #2. Let's make a deal - the day I go over 10,000 readers a day, I'll post those photos. Which makes me pretty safe, as my current average hovers around 200...

My parenting today was less than stellar. I seem to have picked up the cold I thought I had ducked (which is what happens when your 3-year-old sneezes in your face), so I spent half the afternoon lying on the couch; the rest of the day I spent being spectacularly unproductive - jigsaw puzzles, cards, whining...

No, wait, it was the kids who were whining. Whatever...

Rachel has a special talent for injuring herself in bizarre ways. Today she screamed for half an hour because she had shoved a playing card under her fingernail - repeatedly.

[Are you wincing? I'm wincing.]

She says that was the only way she could pick the card up from the floor. I say she was inflicting Karmic payback on herself for a former life spent as a torturer of political prisoners.

It refuses to snow here, which makes me grouchy. How about you all point me to something funny, heh? I could use a laugh, if only to distract me from the ennui that seems to currently be my life.

Yes, I am aware that a good cure for ennui is to start some new knitting project. And order some yarn. Believe me, I'm on it.
on January 06, 2009