Well! I glanced at last Tuesday's post and boy, did I get a lot done that day. So now I'm mad at last week me for setting the Tuesday bar way too high. The heck with it. I'm gonna sit here and blog at you and not accomplish a darn thing.

First, I went to Target and discovered that that earring/shade pull trend - you know, the one I discovered at H&M - is a full-on epidemic at this point. 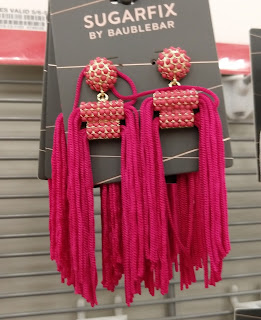 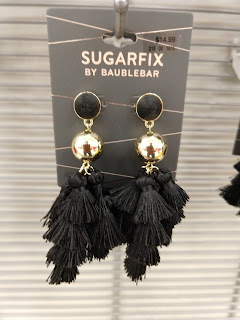 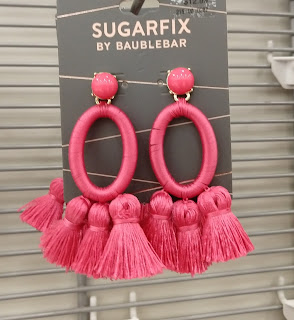 I urge you all to fight this. RESIST. Do not let curtain tie-backs hanging from your ears become the new normal.

Also, I was on a walk the other day and saw a turtle. So I snapped a photo, because - let's face it - that's not hard to do. I mean, it's not as though the creature is running out of the frame or anything. In fact, I bet they use turtles to practice on in Wildlife Photography 101.


Way easier to pose turtles than cheetahs, is what I'm saying...

Moving on...we had a couch in our basement family room. It was one of those huge leather (?) things that had a recliner at either end. We picked it up a number of years ago at a neighborhood yard sale to replace our broken-down sleeper sofa from IKEA (which was then picked up by ANOTHER family with a bunch of small kids). Our kids were thrilled by our new acquisition. "We have a REAL COUCH!" they told any neighbor who would listen.

You know, maybe it's no wonder people around here were always giving me their extra stuff.

Now, this couch was made for taller people than moi. I couldn't sit up on it properly, because what I guess is supposed to be the neck rest (for the non-altitudinally challenged among us) always pushed my head forward. This doesn't sound that bad, but believe me, it's incredibly uncomfortable. So I'd have to recline the seat. But then that made me fall asleep. I always felt like I was drowning in it.

I didn't like that couch, is what I'm saying.

But Larry liked it, because he is tall and he was happy to finally have a piece of furniture in the house that he could lean back on. So I suffered. The things we do for love, you know? Also, trying to find a new couch seemed too overwhelming. Harder than choosing a stove, even...

Anyway, then we did that whole basement remodel thing, after which even Larry agreed that the couch had to go. It was too big, and too dark a color, and just all wrong.

So we posted it for $100 bucks online. Didn't get so much as a nibble. FINE. We posted it for free and it still sat there for weeks. Let me note here that when we post an old, broken appliance, at least 5 people contact us within an HOUR, begging to pick it up. Apparently, there are too many couches in this world.


But FINALLY, someone texted and offered to pick it up yesterday evening. "I'll be there between 6:30 and 7:00," he said. Oh, Larry was thrilled! He came home from work early, just to make sure he could get rid of that couch, which had become a sort of albatross around his neck, as it were.


At 6:15, our entire area was put under a rare tornado warning, with torrential rain pouring down on us and lightning flashing through the sky. For some reason the couch-getter decided not to risk his life just to pick up a free piece of furniture. "Tomorrow," he texted. "I'll come at 6:30 AM." Larry and the kids and I were forced to hunker down in the basement, watching the back yard flood under the downpour and looking at the couch that WILL NOT LEAVE, and I could feel Larry - who hates to give up on a plan - thinking, We could've done it, dammit...

So I'm glad the guy with the UHaul had some sense. And now the couch IS gone and we get to argue about a replacement, which discussion should go just as well as the one about the area rugs. You know, a full year ago? Do you see any rugs in that picture up there? No, you DO NOT.

Oh, well, I guess minimalist is a style. Just a hand-me-down chair from a friend and a TV and a couple of bicycles. We're good. Really.
on May 15, 2018