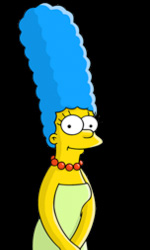 Excitement?  You want excitement?  For the first time in almost 20 years, I went into a hair salon and did NOT have my still-brunette locks hacked off into a sensible, layered Mom-bob - a hair style that is to my generation what the beehive was to my mother and her parenting cohorts.  That's right - realizing that I have (at best) only a few more years of full-bodied, naturally-colored hair left to me, I decided it was best to flaunt my tresses, as it were.  A bold move for this change-averse, new-hairstyle-wary individual, true - but I didn't even flinch.

After leaving the salon, I stopped to gas up the car.  Waiting at the busy station for my tank to fill, I decided to photograph my grand new 'do, complete with its long layers and its trendy slanted bangs, before I wrecked it up by sleeping on it.  So!  I pulled out my cellphone (even my cheap one has a camera nowadays) and took several photos of myself while standing outside the car.  Several, because it took me a while to get the angle right. "Who knows?" I thought.  "Maybe Larry will let me post one eensy-teensy picture of myself with my fantastic new hair on my blog."  (He won't.)

All this to say that, if you stopped by a gas station on your way home today and saw a petite woman with a kick-ass hairstyle posing in front of a gas pump while grimacing at the cellphone camera that her short arms couldn't really hold far enough away from her face and you wondered what the hell she was trying to do?