Today is Henry Granju's 19th birthday.  Or, rather, it would have been his 19th birthday if he had not died this past May from the brain injuries he sustained during a drug deal gone bad. 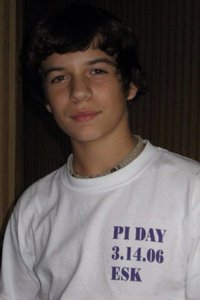 That's right - a drug deal.  Believe it or not, Henry could have been any of our teens.  He was raised in much the same fashion we all raise our children - vacations at the beach with siblings and cousins, birthday parties with extended family, school, guitar lessons - all the warm, family-oriented experiences that are supposed to keep our kids safe from the evils of the big outside world.

Sometimes?  That doesn't work.  Bad things happen anyway; they slip in there between the Goodnight Moon readings and the child safety seats and the family dinners.  Despite the love of his parents, the affection of his siblings, and the professional expertise of the counselors who saw him through a residential drug rehab program, Henry is dead.  After 3 years of what must have been an emotional roller coaster for his parents, they received the sort of closure no parent wants.

Click on over to the Facebook group Acts of Kindness for Henry if you feel moved to memorialize his life by paying forward some kindness.  Let Katie Granju know that her oldest child has not simply disappeared without a trace; help his memory live on in the good deeds of others.  As far as memorials go, this idea sure beats a pile of  teddy bears, you know?
on October 07, 2010