You may recall that several months ago, Larry expressed discomfort with my habit of knitting while he talked. I claimed that I pay better attention to him when I am knitting than when I am giving him my undivided attention, but he did not believe me. This disagreement was never resolved.

Well, I believe that we should just look at the scientific evidence. Recent studies have shown that people who doodle while listening to someone speak retain more than the people who only listen. Meaning, they are paying more attention, not less, than all those sycophant-type listeners who make eye contact with the speaker the entire time. In other words, I'm right! He's wrong! Ha, ha, ha, ha, ha!

Vindication is sweet. Now, hand me that knitting bag, will ya? 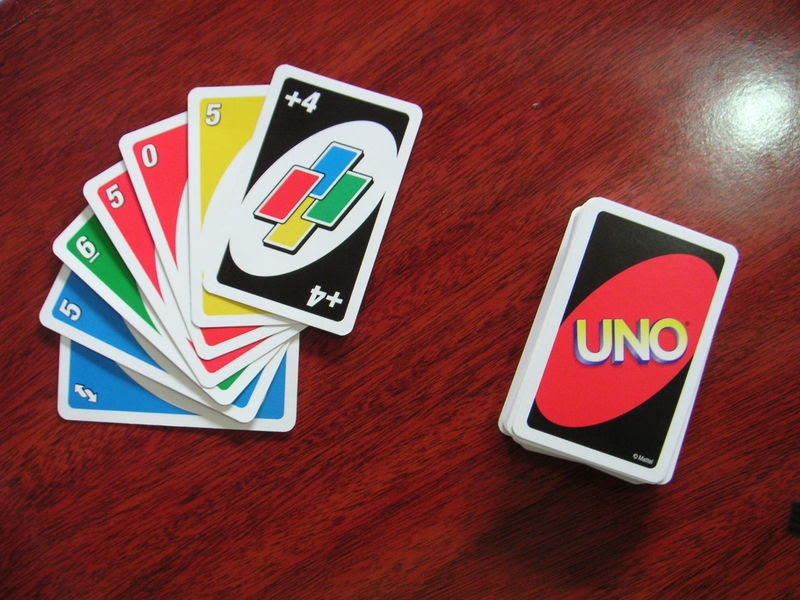 Susie (not yet 4) likes to play UNO. Likes, as in, someone has to be playing with her at all times throughout the day or risk her vehement UNO-less displeasure. So we've been taking it in shifts.

At least she's not obsessed with something complicated, like chess. I hate chess. I mean, games are supposed to be fun, aren't they? You have to think to play chess.

So I won't complain about the mandatory UNO. After all, it could be worse - Susie could be amusing herself by decapitating stuffed animals. UNO is far less frightening.

Rachel has conquered the art of skipping rope. She went at it with the same singleness of purpose and determination that she displayed when learning to ride a bike, or stuff a toilet, or disable the motion sensor we placed in her room to monitor her whereabouts a couple of years ago. (Not that that thing stopped her from stealing and eating the raw hotdogs in the fridge, but we had to try something.) She has a certain drive, shall we say, for success. Let us all hope she chooses to use this drive for good and not for evil. Because, Lord knows, we have absolutely zero influence over that child's behavior.
on March 18, 2009